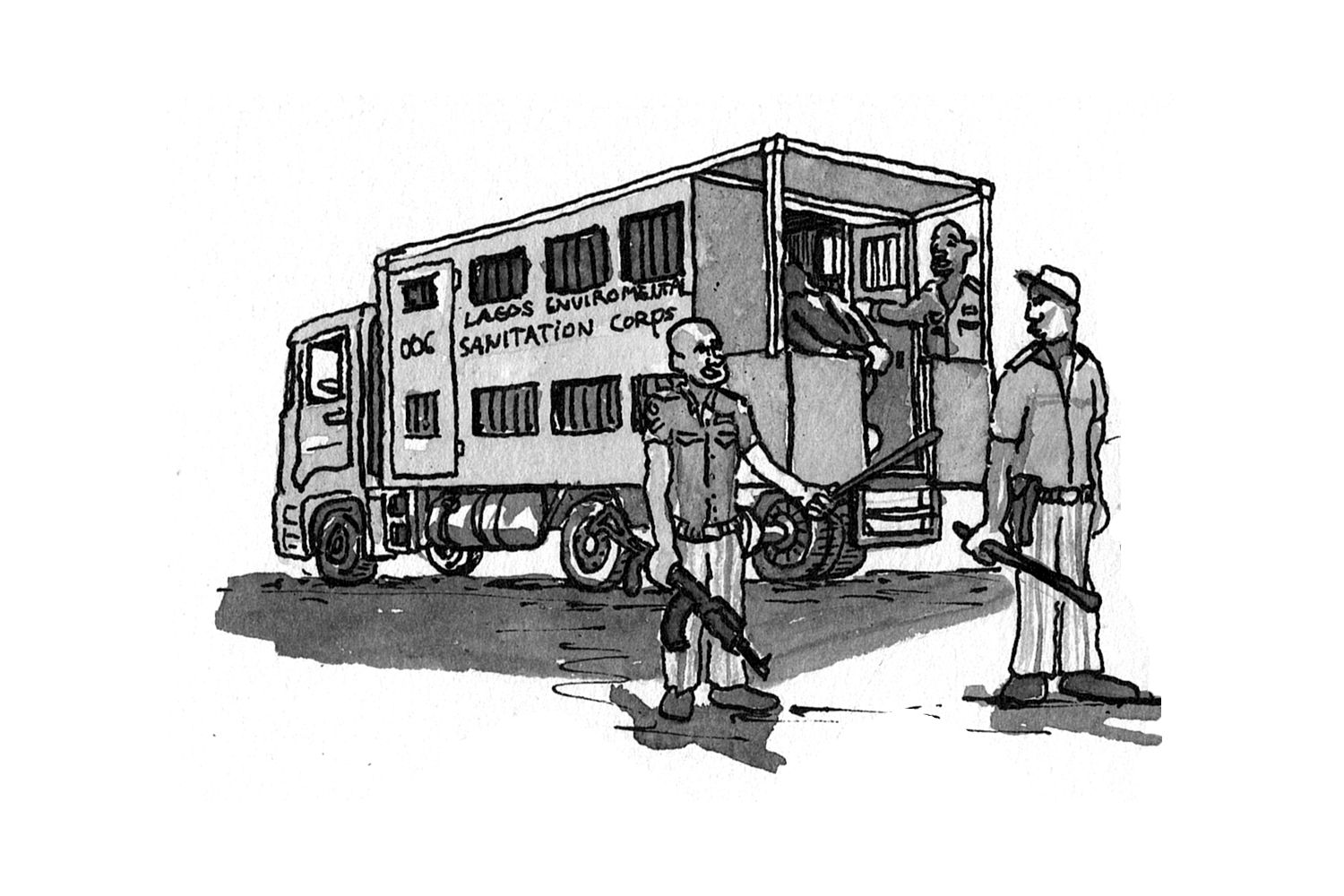 The poor are hit most harsh by pre-trial detention. They have a heightened risk of ending up in court in the first place. The criminal system penalizes behaviors which are associated with life of the poor or street life, such as hawking, storing belongings in public spaces and environmental offences. Some argue that these behaviors are criminalized to keep Lagos livable, but others call it the ‘criminalization of the poor’.

The poor also run a large risk of ending up awaiting trial in prison because they are less able to afford the three B’s of pre-trial release: ‘bribe, bail, or barrister’. Apart from a lack of money to bribe the police, release on bail pending trial is subject to stringent conditions, which require individuals to demonstrate their connections with the community, be able to identify themselves properly, have a fixed address or permanent employment, report regularly to police or make a cash deposit or post a bond as guarantee. This is often not possible for the poor.

The poor also do not have the funds for legal representation, the third B (barrister). Fees for legal advice or representation prevent a large number of persons from enforcing their rights. As a result, large segments of the population have difficulty using the Lagos’ legal system to protect their interests - that is, when they can access the legal system at all.