From March 29 30, 31 till April 1, we conducted the training program in Ikoyi (Stage 2). The 45 attending inmates learned about criminal and restorative law, the functioning of the formal court and were educated about the working of the Informal Justice Court. A tent was set-up on the football pitch so we would have our own place for the court. Several distinguished guests were invited to share their perspectives and to give them advice. 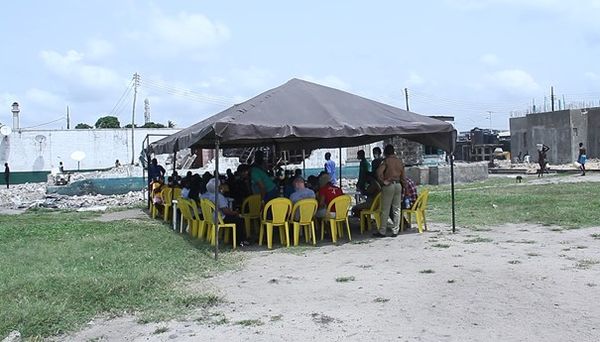 On March 31 we welcomed a Magistrate Court Judge and Professor of Law of University of Lagos. On April 1 a Prosecutor with the Office of Public Prosecution and the head and staff members of Community Service Department of Lagos State attended the training program. They witnessed how the inmates conducted the informal justice court, gave presentations about their work and answered questions of the inmates, which often lead to a lively debate.

After the inmates did the training program, the informal justice court was in session for two weeks (April 6 till April 14). We done the cases of 18 inmates during these days, cases ranging from attempted murder to fraud and stealing.

An informal court session consisted of three parts. First, the defendant (the inmate) explained in his own words what had happened, his background and the status of his case. Based on his case, the roles were assigned. 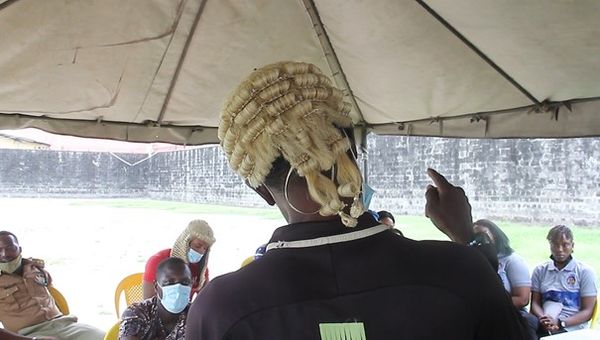 In the second part, the court session was run through, using a model version of the Nigerian Magistrate and High court proceedings. The inmates played the roles of judge, prosecutor, witness, clerk and police officer. The pro bono lawyers helped the inmates and give advice, at some moments they took over as prosecutor or defense lawyer to explain certain elements to the inmates. In the third part, the audience (inmates) was asked to reflect on the case and the lawyers were given the opportunity to share their opinions given their experiences in similar cases. A case in the Informal Justice Court typically took around 1.5 hours.

After the conclusion of Stage 3, we organised a **conference **at Alliance Française to share our first insights. During a program at the Alliance Française on April 15th, the these findings were presented alongside a theater performance about the project (a peak preview of the Stage 4 theater play), followed by a round table discussion on implementing alternatives to pretrial detention with distinguished panelists and the presentation of the annual Pro Bono awards.

More Behind the Scenes