An example of Aardschap Foundation's way of working is the Turtle project.

Today's cars are built by robots in futuristic factories, eventually leaving behind a trail of discarded Western car parts which frequently end up in a place called Suame Magazine in Ghana. In the workshops of Suame Magazine, auto scrap from around the world is salvaged, processed, and marketed by some 200,000 highly specialised technicians in 12,000 informal workshops.

A lengthy collaborative process led to the design and production of Turtle 1, a car built with the expertise of Suame Magazine's technicians and with features relevant for African roads and communities. The excitement was palpable and media coverage was positive; even the King of Ghana came to see the first car to ever be exported from this region to the West. 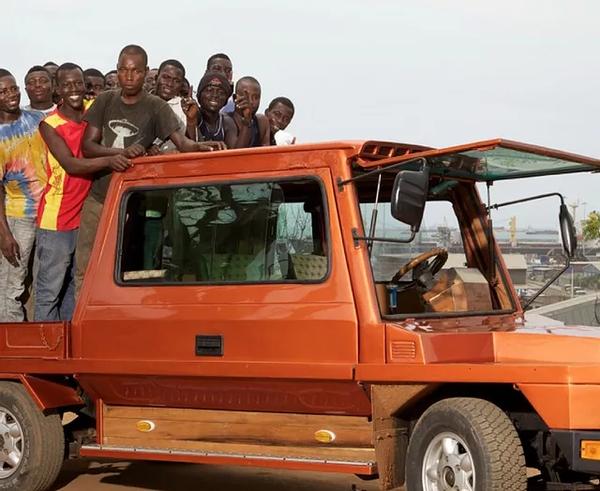